For Cork Heritage Open Day 2018 the House will present readings from As Other Saw Us: Cork Through European Eyes, edited by Joachim Fischer & Grace Neville, which was published by Collins Press as part of Cork 2005: European Capital of Culture.

Consisting of 68 pieces of travel writing spanning ten centuries translated from 13 original languages, the book contains some fascinating glimpses into the history of Cork city.

We look forward to welcoming the book’s co-editor Grace Neville to the event, and also a number of Cork-based European readers who have kindly volunteered to read the texts from their own countries (in English!): 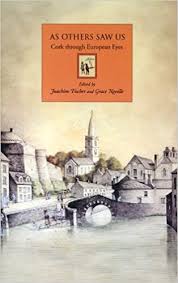